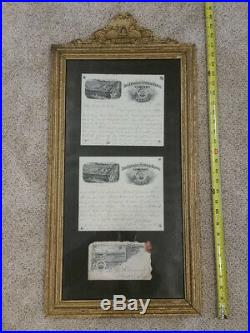 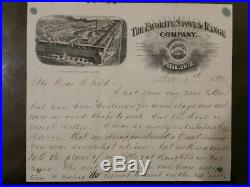 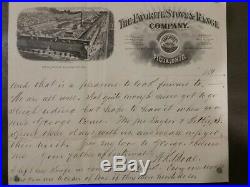 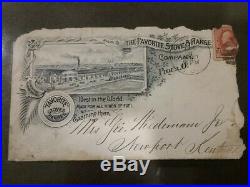 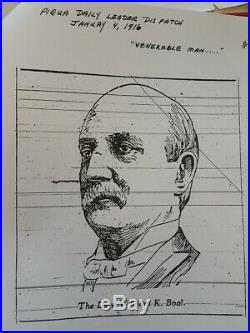 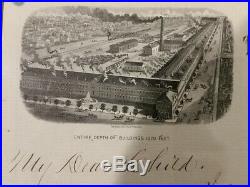 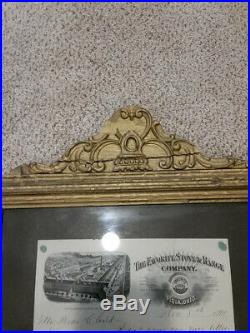 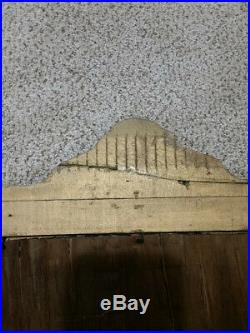 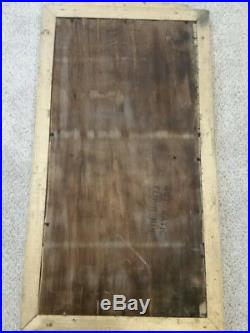 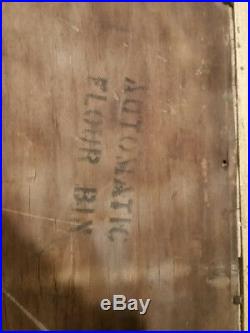 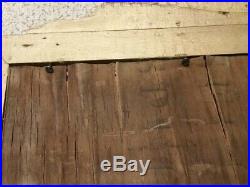 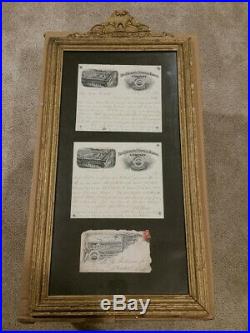 It is my great pleasure to offer you an absolutely unique cast iron collectible: a hand-framed letter from William King Boal to his daughter Naomi (Boal) Weideman. The letter is dated December 8, 1890, and reads as follows. I received your very nice letter but have been “boiling” for some days and not now in good shape to write, but the boil is much better. I was so nicely entertained by George that my disappointment at not seeing you was somewhat relieved, but nothing could take the place of my little fat daughter in her home. The next time I come will have more time I hope. We expect to meet on the 24th inst. And that is a pleasure to look forward to. We are all well. Not quite enough snow to go sleigh riding but I hope to have it when you and George come. Jno Baylor & Bettie S. Spent three days with us and we all enjoyed their visit. Give my love to George and believe me. I left my knife in your room I think. Everyone would send you an ocean of love if they were here to do so. In the text, which is penned on Favorite Stove and Range letterhead, Mr. Boal references a personal health issue as well as the family’s plans for their upcoming Christmas gathering in Piqua, Ohio. Apparently, he was travelling through northern Kentucky, and had stopped at the home of his daughter and her husband, but found she was not at home. Having missed her, he penned this short letter to her to wish her well. As you can see, even the envelope in which the letter was sealed was preserved under glass. I found this item in an antique store just a few miles away from Piqua. It appears to be hand-framed probably by Naomi herself, or someone close to her. The frame measures (excluding crown) 26.5 inches by 14.5 inches. The crown shows signs of a break and repair using clear glue. It’s curious that this letter has been singled out for such a lavish preservation, as its contents are unremarkable. My theory is that Naomi had such deep affection for her father that even a letter as plain as this one was a cherished memento. The Favorite Stove and Range Company was originally founded under another name in 1848, but eventually moved north to Piqua, Ohio. In 1880 it was renamed by Boal, who’d assumed operational control of the company. King Boal, the author of this letter, passed away in 1916, and his son took over operation of the company. For many years, the company prospered, making a respected line of stoves and cast iron cookware. However, the Great Depression hit the company hard, and it closed its doors in 1935. I have had a few pieces of cookware from the Favorite Stove and Range Company, and found them to be unrivaled in their quality. While I was delighted to find this unique and precious item, I feel it belongs in the hands of a true cast iron collector who can appreciate it for what it is. This item has been carefully packed to ensure its safe arrival. The item “Framed Letter from President of Favorite Stove and Range Company to His Daughter” is in sale since Monday, May 27, 2019. This item is in the category “Collectibles\Kitchen & Home\Kitchenware\Cookware\Cast Iron”. The seller is “empedoclesianbeans” and is located in Dayton, Ohio. This item can be shipped to United States.